AREVA Med has launched operations at its second high-purity lead-212 (²¹²Pb) production facility located in Plano, Texas.  Known as the DDPU (Domestic Distribution and Purification Unit), this facility was officially opened today in the presence of local elected officials, AREVA Med Scientific Advisory Committee, as well as AREVA Group and AREVA Med executives and teams from both the U.S. and France. 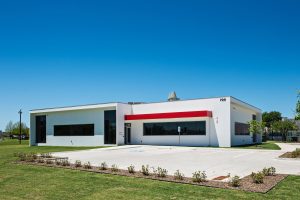 Thanks to its unique characteristics, lead-212 is used in targeted alpha therapy (TAT) in an increasing number of promising and innovative studies to target cancer cells, while limiting the impact on nearby healthy cells.

In a centralized modular plant, the DDPU will hold all AREVA Med’s U.S. activities and those of its subsidiary Macrocyclics, the global leader in the design and manufacture of chelating agents for nuclear medicine.  With brand new equipment, this state-of-the-art facility is a unique opportunity for AREVA Med to expand the range and increase the quality of products and services for its American partners and customers.  Thanks to this increased production capacity, AREVA Med will accelerate the development of innovative targeted alpha therapies using lead-212 to combat cancer. 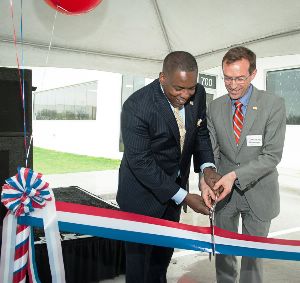 Harry LaRosiliere, the mayor of Plano, declared:  “It is always a great day when we can welcome to the City of Plano a U.S. Headquarters and international company such as AREVA Med, which does invaluable work in the field of cancer research.  We look forward to their success and future expansion as they continue to develop innovative cancer therapies.”

Patrick Bourdet, AREVA Med’s CEO, added:  “Our new modular and unique U.S. plant will allow us to quickly expand our cancer therapy pipeline and increase collaboration within the entire continent.”